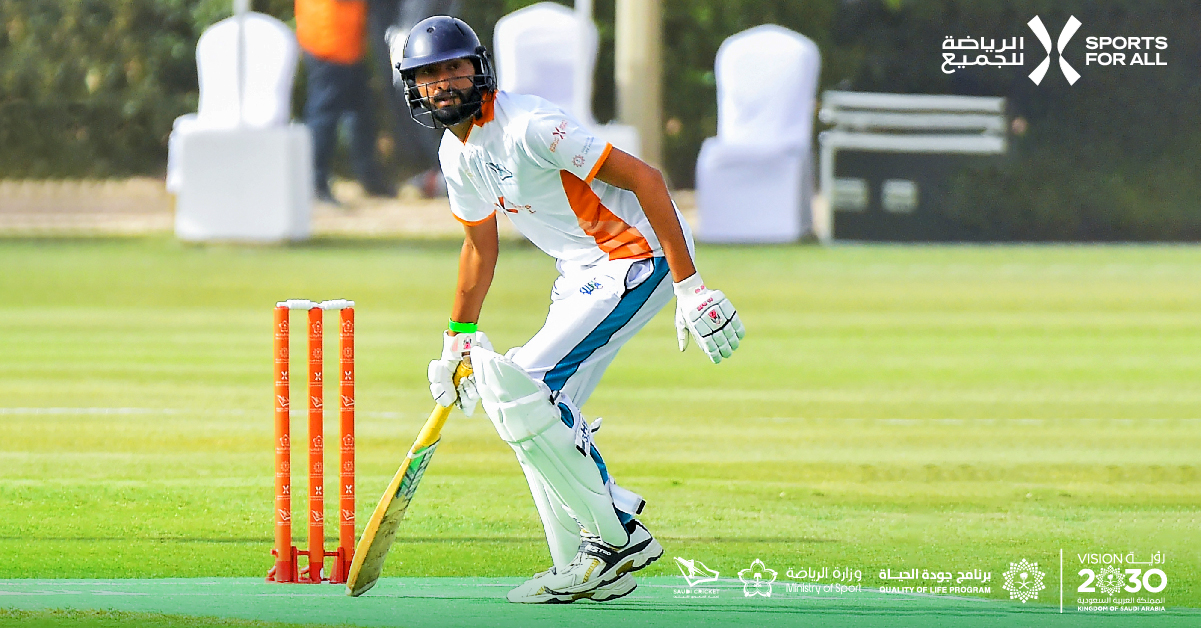 The tournament will host more than 5,000 players across the Kingdom

The format of the Softball Cricket Tournament is T10, which means each team will play one innings with 10 overs each with each over comprising six deliveries. Soft ball cricket is another competitive yet an easier format of cricket but with different set of rules as compared to conventional cricket.

Softball cricket is played with a hard tennis and MRI ball, which drastically reduces the level of injuries. The batsmen are also not required to wear helmet, pads or guards.

“Cricket, one of the Kingdom’s most popular and inclusive team sports, also encourages friendly competition while building comradery. We saw all this and more with the wild success of the recently concluded National Cricket Championship,” enthused HRH Prince Khaled bin Alwaleed bin Talal Al Saud, President, Sports for All Federation.

“The ardent fervor of players and spectators alike around the Championship motivated us to expand the sport into the broader community with a format that accommodates all, and welcomes beginner players of all abilities,” Prince Khaled added. “We’re pleased to partner with the Saudi Arabian Cricket Federation to launch the upcoming Softball Cricket Tournament, and we’re looking forward to an exciting competition.”

The introduction of the National Softball Cricket Tournament follows the success of the recently concluded National Cricket Championship 2021 — the largest ever cricket tournament in the history of Saudi Arabia. Staged across 11 cities, it was organized by the Saudi Arabian Cricket Federation and supported by the Sports for All Federation, the Ministry of Sports as part of the Kingdom’s mission to promote a healthy and active lifestyle under the Vision 2030 Quality of Life program.

In 2019, a mega softball cricket tournament was organized in 10 cities of the kingdom under the Ministry of Sports, Ministry of Labor and Social Development, and Quality of Life program. The tournament featured 12 regional associations, 213 teams and 4004 registered participants.

SACF Chairman HRH Prince Saud bin Mishal welcomed the partnership with the SFA. “The Saudi Arabian Cricket Federation is delighted to hold another mega cricket tournament in partnership with the SFA. Cricket is one of the world’s oldest and most popular sports and we want to create activities and tournaments that will raise its profile and appeal to people of all ages and abilities. We always endeavor to create activities and tournaments to encourage residents to participate and adopt a healthy lifestyle that align with the kingdom’s Vision 2030,” said Prince Saud.

The tournament is one of the SFA’s initiatives to support the Quality of Life program mandated by Vision 2030. It calls for 40% more people to be taking regular exercise in the Kingdom by 2030. The Federation is helping meet this target by facilitating sporting opportunities and initiating campaigns encouraging exercise and a love of physical fitness and health.