The Saudi Sports for All Federation (SFA) and PepsiCo today announced a partnership that aims to make sports more accessible, facilitating a better quality and balanced lifestyle for people of all ages and abilities in the Kingdom. The two-year collaboration will see both partners work towards achieving the nation’s goal of increasing participation in weekly sports by 40% by 2030.

Four key pillars – Endorse, Promote, Enable, and Activate – are at the core of the partnership, in which PepsiCo looks forward to endorse SFA’s program of sports activities through an integrated, impactful marketing and communications campaign. This endorsement is centered on “Harek”, a new movement revealed today, which is being spearheaded by PepsiCo in collaboration with the SFA to encourage a more active lifestyle and participation in SFA events.

“Harek”, which means “move”, has been designed with its own identity and characterizes key principles of inclusivity, longevity, inspiring action, and is rooted in local culture.

Both partners will unite to promote key events including Family Activity Days, Neighborhood League Football, and virtual fitness activity as more people are now exercising from home. The partnership has enlisted PepsiCo’s support as the Beverage & Nutrition Partner at SFA selected events, anchored around brands such as Aquafina and Quaker Oats. Through its Gatorade brand, PepsiCo will enable grassroots players and coaches to build their sports skills, thereby supporting the development of future athletes and trainers.

The activate pillar will see PepsiCo leverage its scale and channels to raise awareness and drive thought leadership around topics of wellbeing, fitness, and the sports economy.

“This partnership is a great example of how the government is working with the private sector to encourage widespread participation in sports and athletic activities,” said Shaima Saleh Al-Husseini, Managing Director of the Sports for All Federation. “This is not just a step, but a leap in the right direction, setting the pace for the adoption of healthier habits.”

PepsiCo has been committed to the prosperity of the Kingdom of Saudi Arabia for over 60 years, making it well-positioned as the perfect partner for this initiative. It continues to help the Saudi government sector to improve public health, including lowering rates of obesity and increasing participation in informal and organized sports. The company’s track record in driving social impact in the Kingdom also extends to other causes such as women empowerment, youth development and sustainable farming, among others.

“By working hand in hand with the SFA, PepsiCo looks forward to get Saudi citizens and residents engaged in a wide variety of sport and leisure pursuits, and help the Kingdom pursue its ambition of being among the leaders in selected sports regionally and globally,” said Tamer Mosalam, GCC-Levant Foods Vice President and Business Unit General Manager at PepsiCo.

“Being physically active has so many advantages and through ‘Harek’ we hope to reach a diverse cross-section of citizens and residents and support the government in achieving Vision 2030 ambitions to increase participation in sports activities, and deliver long-term benefits for future Saudi generations as well,” continued Mosalam.

Through its ‘Winning with Purpose’ mission, PepsiCo continues to support healthier and more balanced lifestyles in conjunction with efforts to reduce sugar, saturated fat and salt across its product portfolio. In addition to increasing sports participation, Saudi Arabia’s Vision 2030 aims for sports to contribute 0.8 per cent to the economy, and help to create an environment that allows for 50 Olympic athletes by 2030.

Earlier in the year, PepsiCo Chairman and Chief Executive Officer Ramon Laguarta visited the Kingdom where he met with key stakeholders to discuss the company’s ongoing investment in the region, including a projected SAR 1.6billion investment over the next five years. 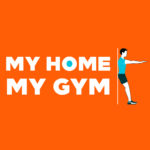 Sports for All series part III: Exercises for your best home workout 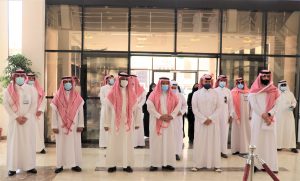 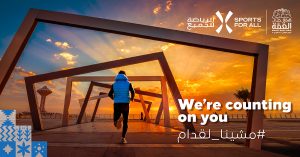 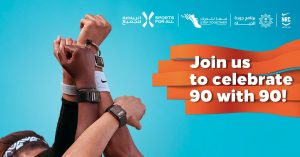