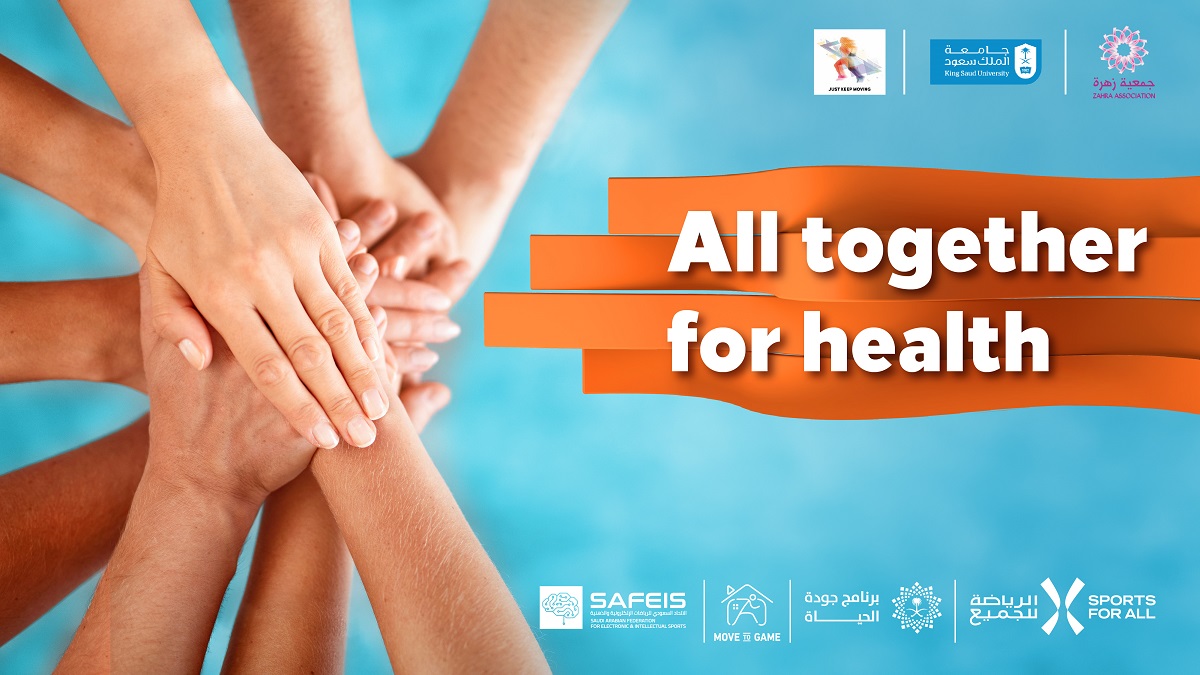 More than 1,000 people took 66 million steps over two weeks to raise the funds for Zahra Association

Women’s sports initiative KSU Movement collaborated with Move To Game to raise more than SAR 1 million for Zahra Association’s Breast Cancer Awareness campaign. Move To Game, a joint program by the SFA and Saudi Federation for Electronic and Intellectual Sports (SAFEIS), joined forces for with KSU Movement for the Wellness Challenge. The challenge was a fundraising campaign held as part of Move To Game that sought to intensify efforts in early detection of breast cancer, and raise awareness of the importance of an active lifestyle in preventing diseases.

Taking place between October 13 and 27, participants were challenged to walk or run a combined 20 million steps, with a group of 38 sponsors making donations based on the number of steps taken. The 1,000 participants far exceeded the target, taking 66 million steps and raising more than SAR 1 million for Zahra Association in the process.

Established in 2018 at King Saud University, KSU Movement was founded by academic experts and endurance athletes to help create a healthy and active campus for women at the university, as well as the wider Riyadh community. The initiative also aims to promote women’s leadership and participation in sports activities, increase academic achievement on the KSU campus, and promote sustainable development through sport.

Similarly, Move To Game is a key part of SFA’s mission under Vision 2030’s Quality of Life Program to encourage a healthy and active lifestyle in people across Saudi Arabia, regardless of age or ability. Teaming up with SAFEIS, and in league with the Ministry of Sport, SFA launched Move to Game in April this year, combining physical exercise and online gaming in a series of challenges issued by the partner organizations, as well as some of the Kingdom’s sports federations. The initiative recently reached the landmark of 10 billion steps generated by more than 150,000 participants since launch.

The Wellness Campaign is the second social impact initiate run through Move To Game. The first came in October when the program celebrated the 10 billion steps with a contribution to AlOula nonprofit organization. This allowed more than 210 individuals to benefit from the program by way of three basketball matches with 150 players and two cycles of swimming with 60 participants.

Related: Sports for All Federation’s social impact activation named along with 16 other Saudi entities in UN DESA report