In celebration of International Women’s Day (IWD), the British Council Saudi Arabia, in partnership with the British Embassy, held an event on March 4 under the banner of “Enabling Future Leaders”. The celebration brought together female professionals, early career graduates, alumni and students, the British Council and British Embassy to celebrate female participation and contributions to Saudi Arabia’s workforce, community and society. During the event, inspirational Saudi women shared their experiences, discussed challenges and opportunities and celebrated success.

Dr. Nouf Al-Numair, Advisor to Deputy Minister of Planning and Transformation, Vision Realisation Office (VRO), Ministry of Health, one of the first Saudi scientists majoring in molecular genetics and programming biologic information, chaired a discussion between Ms. Shaima Saleh Al-Husseini, Managing Director of the Saudi Sports for All Federation (SFA), Dr. Moudhi Al Jamea, General Manager of Digital Technology at STC Academy, and Ms. Hajar Alnaim, Film Director and Producer. Following the panel discussion, attendees engaged in networking considering about how we can collectively work together to deliver against IWD’s slogan: An equal world is an enabled world.

During the conversation, Ms. Al-Husseini discussed her career path in the sports sector in Saudi Arabia and the importance of increasing female participation in sport. Ms. Al-Husseini noted that the SFA has strong female representation: “We have a minimum of one female on each board of our federations; having a voice. HRH Princess Reema bint Bandar‘s role was the first female role in a leading position – Deputy of Planning and Development – in sport, and now the SFA team is 50% female.”

The conversation’s participants have all clocked impressive firsts in the Kingdom: Dr. Al-Numair is one of the first Saudi scientists majoring in molecular genetics and programming biologic information, Dr. Al Jamea is one first Saudi woman holding an Executive role at telco giant STC, while Ms. Alnaim,is one of the first members of the Saudi Film Council.

Ms. Eilidh Kennedy McLean, British Council Country Director for Saudi Arabia, said: “We are delighted to have organised this event in Riyadh with the British Embassy, and have heard from the incredible, inspiring Saudi women here tonight. There are many, many more in the Kingdom and today celebrates their successes. Celebrating International Women’s Day provides an opportunity to recognise achievement, inspire future generations and enable a gender equal world, which is essential for economies and communities to thrive.”

Deputy Ambassador, Richard Oppenheim said, “Championing women’s empowerment is a priority for the UK government and Saudi Arabia’s Vision 2030 has been a key driver in helping women realise their ambition. The British Embassy in Riyadh supports a number of initiatives which work with local partners to build capacity for women, enabling them to reach their potential. I am very pleased to host tonight’s event to mark International Women’s Day 2020 and to hear from a number of women leaders in the fields of science, technology, engineering, and the creative sectors.” 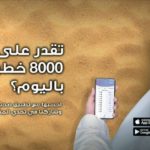 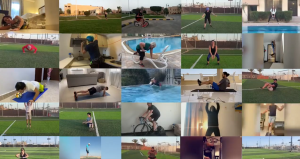 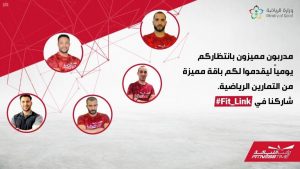