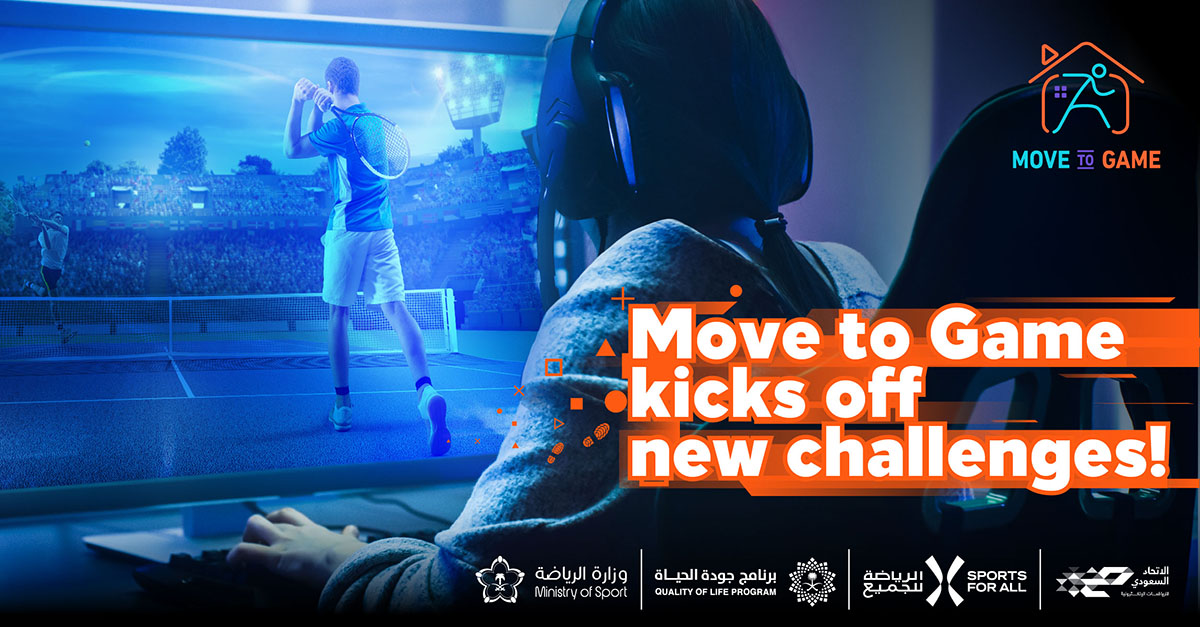 Walking Without Borders challenges participants to walk a minimum of 5,000 steps every day to join the friendly gaming tournament

Saudi Arabia’s online and offline worlds meet once again as the Saudi Sports for All Federation and the Saudi Esports Federation’s Move to Game program teams up with Gamers Without Borders for a new active challenge.

The initiative challenges participants to walk a minimum of 5,000 steps every day to join friendly gaming tournaments, and to share a photo of their steps online at @Movetogame, as well as a photo their favorite game played as part of Gamers Without Borders.

As well as taking place through the SFA App, website, and social media channels, Walking Without Borders will feature a series of esports tournaments and on-ground activations.

The Saudi Esports Federation launched Gamers Without Borders last year as the world’s biggest esports and gaming charity event. In over 6 weeks, more than 460,000 gamers from 141 countries played in 200,000+ community matches, and an audience of more than 14million tuned to its elite series action.

This year, under the banner ‘No One Left Behind’, the event has pledged to donate its $10 million prize fund to global Covid-19 vaccine distribution for those most in need.

Inviting the world to ‘Watch, Experience, Game, Learn and Donate’, the event is open to gamers of all skill levels. Some of the best gamers on the planet will battle it out on titles such as Rocket League and Tom Clancy’s Rainbow Six Siege, while community tournaments will feature games such as Tekken 7, Valorant and more.

Move to Game was launched in April last year by the SFA and the Saudi Esports Federation, combining gaming and physical activity in a series of online and offline challenges, designed to engage and encourage gamers and non-gamers alike. To date more than 205,000 participants have taken more than 13 billion steps.

The collaboration underlines SFA’s commitment to ensuring fitness and wellbeing is made accessible to everybody across Saudi Arabia, regardless of people’s age, ability, background, or gender. The Federation is mandated by Vision 2030’s Quality of Life Program to increase the ratio of individuals exercising at least once a week to 40% by 2030.

Related: Sports For All Federation And Saudi Esports Federation Scoop Gold At 2021 Sport Industry Awards For “Move To Game” Fitness And Gaming Tie-Up