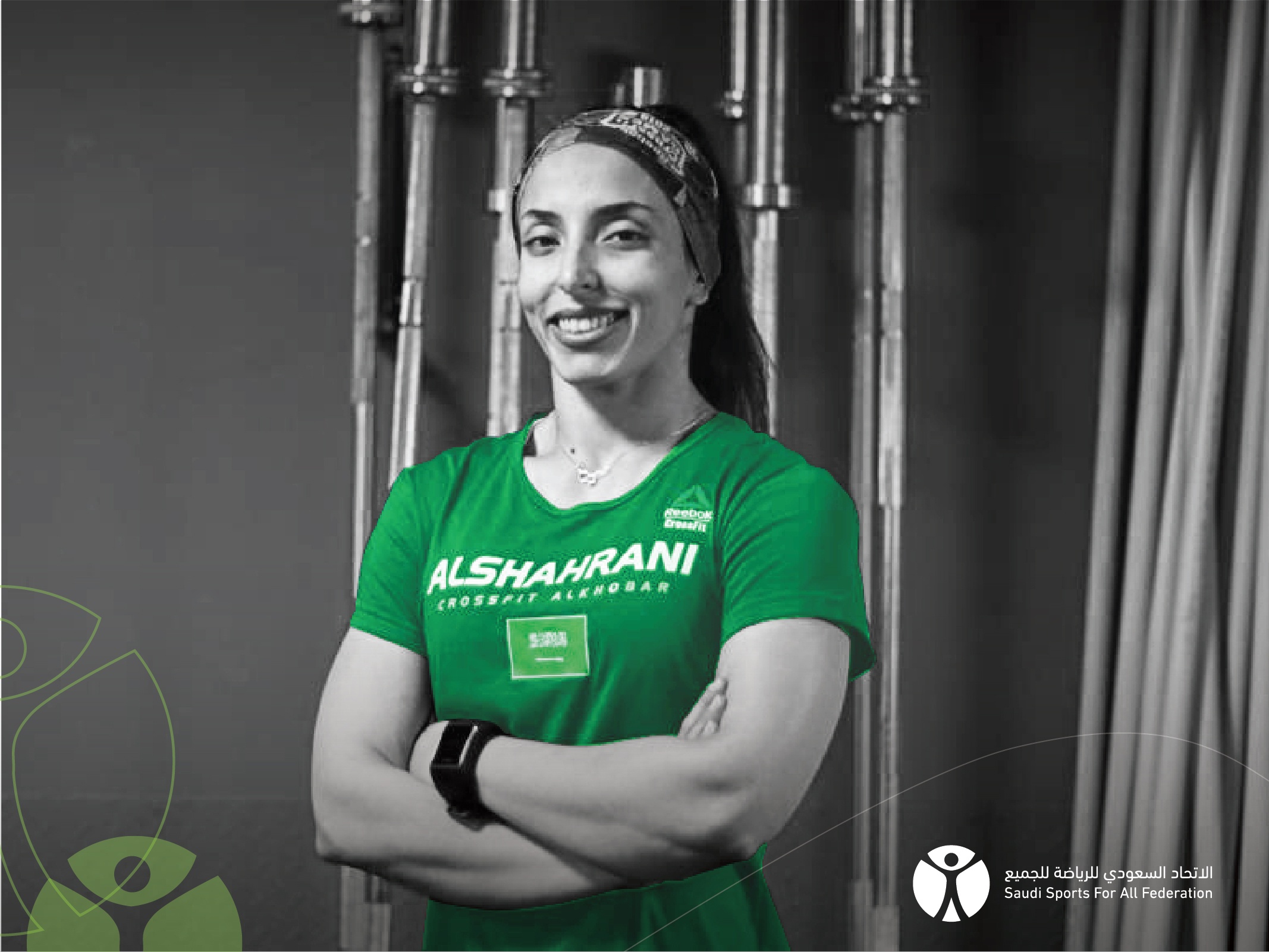 Two Saudi athletes will be flying the Kingdom’s colours during the 2020 Reebok CrossFit Games, after securing sponsorship from the Sports for All Federation (SFA).

Amal AlShahrani and Mansour AlSughayer will be competing against athletes from all over the world at the Games, to be staged at the Alliant Energy Center in Madison, Wisconsin, between July 29 and August 2. This is the second year in a row that the SFA is sponsoring Saudi athletes to participate and compete in the world’s biggest and most grueling Crossfit tournament. In 2019, the SFA sponsored Amal and Hasan Al Saeedi for the CrossFit Games.

Founded in 2007, the Crossfit Games is designed to find ‘the Fittest on Earth™’. From the hundreds of thousands of entries, less than 200 men and women are invited to take part in the Games, so Amal and Mansour are already considered some of the world’s best. Get to know our athletes and join us in cheering them on social media!

Amal AlShahrani, practicing CrossFit for seven consecutive years, spent the first five focused on general fitness preparation that were followed by her past two years practicing competitively. “I love CrossFit because it is all about learning new skills and new movement patterns. It’s very varied so you never get bored, and it makes you feel empowered and capable by what your body can achieve,” she said.

Ranked globally at 756th place, this is a tremendous leap forward from 34-year-old Amal’s first effort, when she competed at 115,773rd place only four years ago! In addition to her 2020 status, Amal was also ranked first in the Kingdom in 2019 and third in 2018, making an impressive leap forward from her 2017 position of 41st .

Able to back squat a hefty 245 lbs, Amal explains that she finds physical fitness rewarding for many reasons, specifically the sense of accomplishment one feels when a new skill is learned or a new challenge mastered. “It makes you appreciate the body that you live in that is God’s creation,” she adds.

This athlete’s goal? “To bring this sport to Saudi women at a level that they can relate to in terms of their daily functions and longevity.” She considers competing in the CrossFit Games a privilege, and says that it is an unmatched thrill.

Having seen consistent performance growth year-over-year, Mansour is now the number one ranked men’s CrossFit athlete in the Kingdom, besting his 2019 ranking as runner up. Over the past four years, Mansour has consistently clocked in the top 10 in Saudi, and has steadily climbed the global rankings, as well jumping more than 2,000 global places over the past two years.

The 27-year-old athlete, an avid CrossFitter since 2012, says that “the support you receive in the sport from the community and the friendships you gain is the most humbling thing, and is what I value the most.”

In terms of what Mansour finds most rewarding about physical fitness, he stresses that the lessons learned both outside and inside the gym “teach you patience through adversity, aids your mindset growth, and you learn to constantly seek improvement as opposed to perfection. Fitness also teaches you to appreciate the body you have been blessed with, and to appreciate the simple things like being healthy and fit enough for daily activities that usually get taken for granted,” he continued.

Able to dead lift a whopping 475 lbs, Mansour explained that his favorite part of competing locally and globally is pushing the limits of what his body can achieve. “That process helps me identify areas that I need to work and focus on and it gives me a goal to work towards,” adding that excitement continues to build and motivates him to head back to the gym daily and even work harder during training.

“I try to encourage other people to start CrossFit indirectly because I believe everyone’s journey and situation is different.” Mansour says his focus is on showing support and “giving as much guidance to anyone showing interest in any sport to the best of my abilities.”

And this athlete’s ultimate wish for everyone he encounters at the Box or elsewhere? “To be a healthy individual regardless of the sport you are interested in. I hope it had a positive impact someone’s journey and results.”

Since its inception in 2007, the CrossFit Games has been lauded as one of the fastest-growing sports with a global fanbase and its own subculture and language. Best known to the general for its strenuous burpees and its box jumps, CrossFitters are intensely dedicated to the WODs – workout of the day, that is. Learn their lingo here, and head to your nearest Box!

Related: Saudi Sports for All Federation and Nike team up to catalyze community fitness 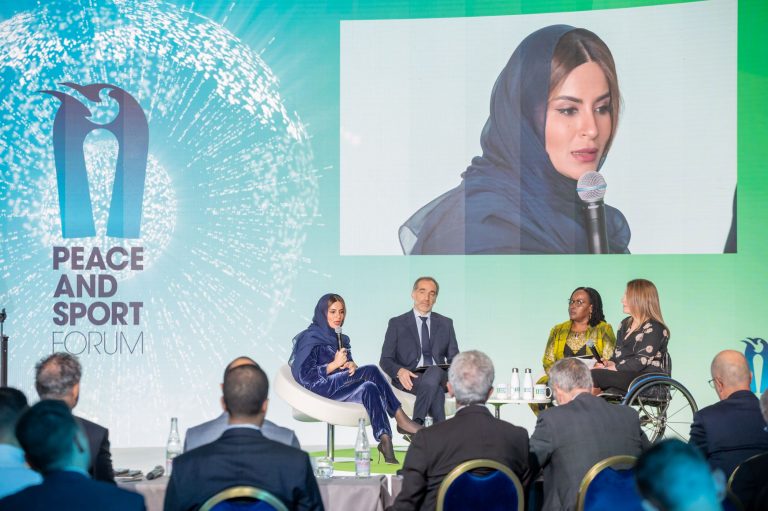 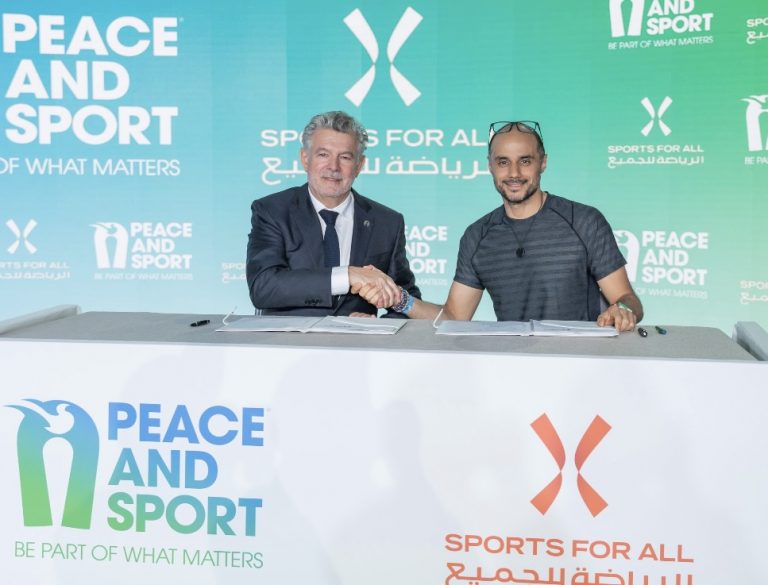