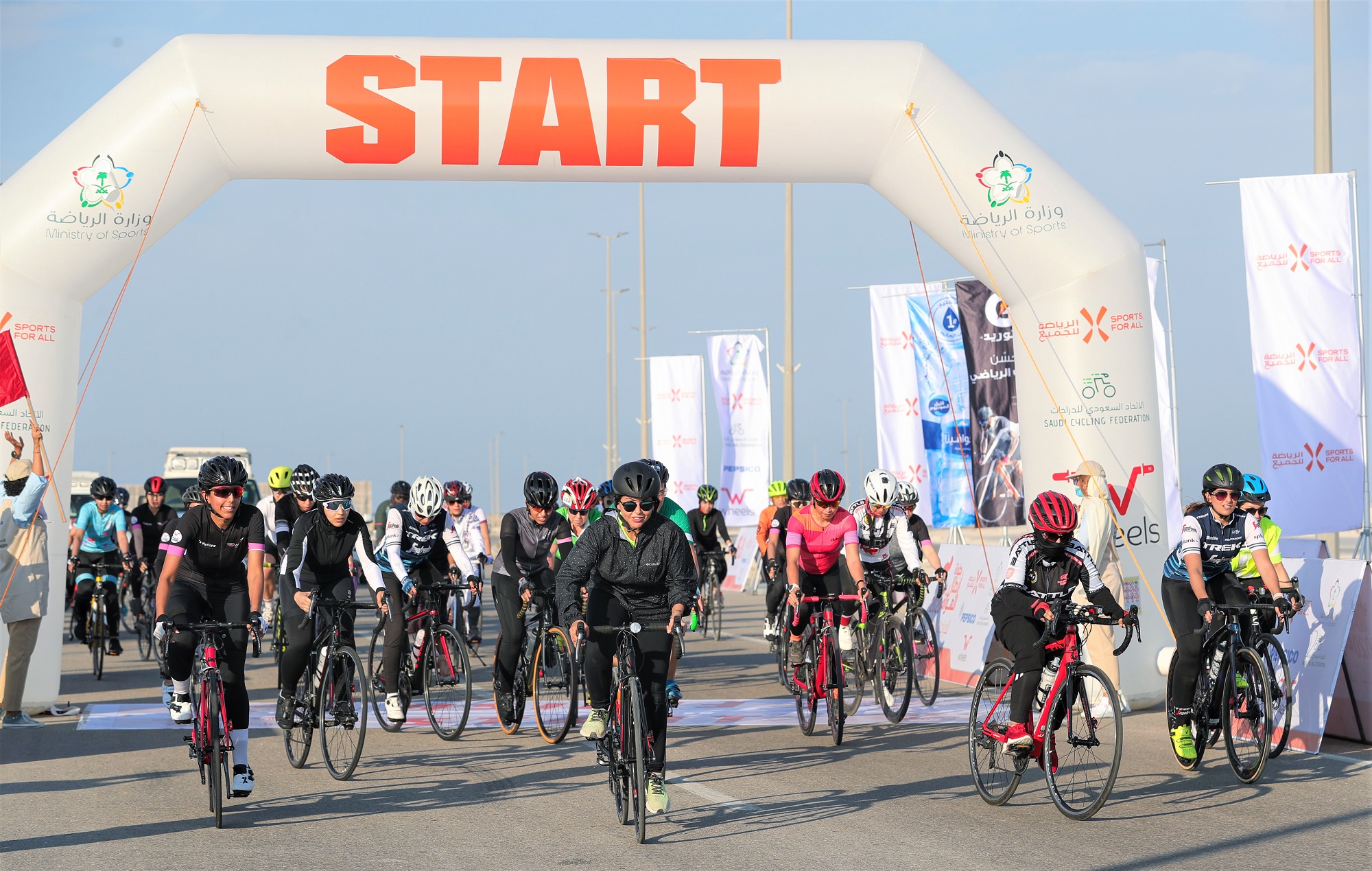 Held with support from the Ministry of Sports, the races were sponsored by PepsiCo, Princess Nourah Bint Abdulrahman University, and bike distributer Wheels

Saudi Arabia’s amateur cyclists got on their bikes to compete for thousands of riyals worth of prizes, and keep fit and healthy in the process.

The winner of the women’s Al-Khobar race was Aurelie Colas, followed by Florie Marinas in second, and Nouf Al Qahtani in third.The men’s race in Al-Khobar was won by Davie Finlawyson, with Bilal Al-Kanakry coming second, and Maymoun Al-Razzouq third.

In Riyadh, the women’s race saw Khasy Pedman take first place, followed by Florie Marinas in second, and Nadiah Skukdeh in third. Maymoun Al-Razzouq was the winner of the men’s race, with Herbert Paul in second place, and Samuel Coloma in third place.

Organized by the SFA in association with the Saudi Cycling Federation, and with the close support of the Ministry of Sports, the four races are sponsored by PepsiCo and Wheels, with Princess Nourah Bint Abdulrahman University also sponsoring the women’s race in Riyadh.

Under Vision 2030’s Quality of Life program, the SFA seeks to encourage men, women, boys and girls of all ages, abilities and backgrounds to build healthy and active habits. And given its multitude of health benefits – from cardiovascular fitness, muscle strength and flexibility, joint mobility, decreased body fat levels and improved mental health – cycling has been a key activity for SFA in its campaigns and programs.

In January of this year, the Federation held a women’s cycling race series with more than 1,000 participants in Jeddah, Riyadh and Al-Khobar. Later in the year the Saudi Cycling Federation partnered with the Move to Game initiative to issue a set of challenges to Community Sports Groups as part of the program, encouraging participants to enhance their activity levels.

Thousands of cyclists across the Kingdom are members of men’s and women’s cycling clubs, with the Saudi Cycling Federation organizing races as well as offering mechanical and technical courses, and promoting cycling countrywide under the umbrella of the Saudi Arabian Olympic Committee.