Record numbers of women took up the latest Step Together fitness challenge, backed by a new online race platform to boost competition and camaraderie The initiative was supported by an online platform which helped people track their progress, upload and review their activities, and interact with other participants

More than 1,000 women participated in the fourth iteration of the Saudi Sports for All Federation’s Step Together initiative – a record for female participation since the series of fitness challenges started in July last year.

Taking place across the Kingdom between January 14-23, the event saw participants run or walk a half marathon of 21.1km – 10km for children – with 1,096 women signing up for the nationwide activity.

A total of 2,927 people registered for the 10-day program, with 58 different nationalities represented, and in excess of 35 Community Sports Groups taking part. More than 1,500 people completed the target distance, each of whom will receive a medal to commemorate their achievement.

Encouraging more women to take part in sports has been a key focus for the SFA, which operates under Vision 2030’s Quality of Life program, with a broader mandate to increase weekly sports participation across the Kingdom from 13% in 2015 to 40% by 2030.

In the past year, the SFA has introduced initiatives such as the Women’s Football League and an online Women’s Fitness Festival, established the Saudi Greens football team, and appointed numerous women as official SFA ambassadors.

Overall, Saudi Arabia has made huge strides in female participation in recent years, with the Ministry of Sport estimating an increase of 150% between 2015 and 2020.

The Step Together series has played a central role in the SFA’s mission to promote wellbeing and encourage a healthy lifestyle in people across the country no matter their gender, age, ability or background.

Staged under the banner of the Quality of Life program and closely supported by the Ministry of Sport and Saudi Arabian Olympic Committee, the first Step Together took place in July last year, with more than 2,600 people running and walking either full or half marathons in 10 days.

World Diabetes Day framed the third Step Together program, which started on November 4 and ended on November 14, supported by event partners Novo Nordisk and the Royal Danish Embassy in Saudi Arabia. Adults ran or walked 21.1km, and children 14 km, with more than 1,200 people taking part.

The fourth and most recent Step Together continued the series’ popularity and success, with the additional benefit of a new online platform to enhance participants’ experience.

The Race Results platform allowed competitors to upload and review their activities, view results, and interact with organizers and other participants.

As well as hosting important event information and registration details, the platform showed each user’s distance covered and distance remaining, race results by various categories, a result search function, and a unique race profile for each participant.

By being able to connect to, comment on, and share with each other’s profiles and activities, the platform helped bring an extra layer of competition and camaraderie to the event; elements that can both boost engagement and encourage people to reach their goals.

Along with Step Together, the SFA has introduced other popular initiatives to encourage active lifestyles, such as Move To Game, which launched in April 2020 in partnership with SAFEIS (Saudi Federation for Electronic and Intellectual Sports). To date, more than 151,000 people generate more than 10 billion steps through a series of online and offline challenges.

The SFA has also been active in supporting people across the Kingdom stay fit and healthy despite the impact of Covid-19; support that has been enhanced by its continually growing digital offering.

The Healthy Living portal on the SFA website offers advice and guidance, as well as online workouts during lockdown, while the Baytak Nadeek (Your Home, Your Gym) campaign, reached more than 3.8 million participants in May. The campaign was named Gold Winner in the Best Campaign in Saudi Arabia category at the 2020 MEPRA Awards, while Move to Donate, part of Baytak Nadeek, won silver in the Best Sports and Recreational Campaign category. 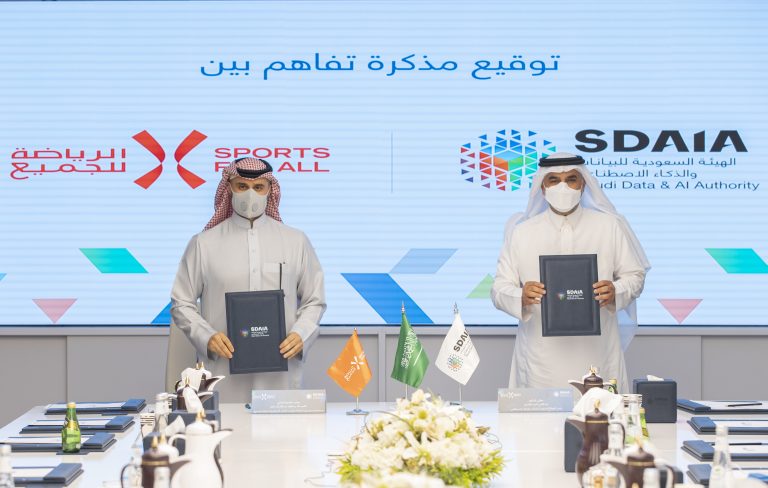 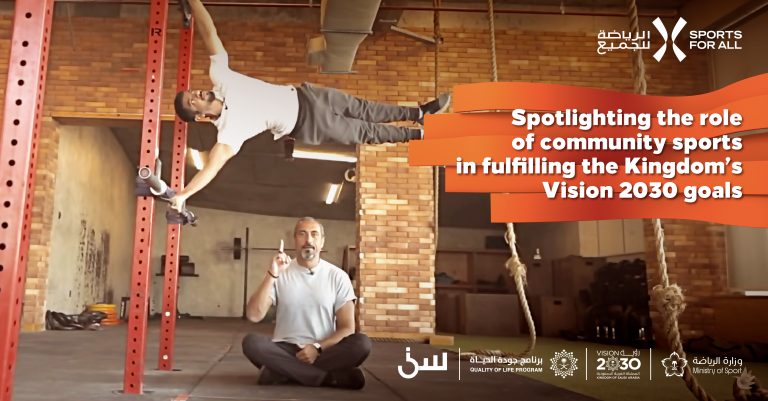